Skip to content
This gart event appears to have expired and may be removed soon. 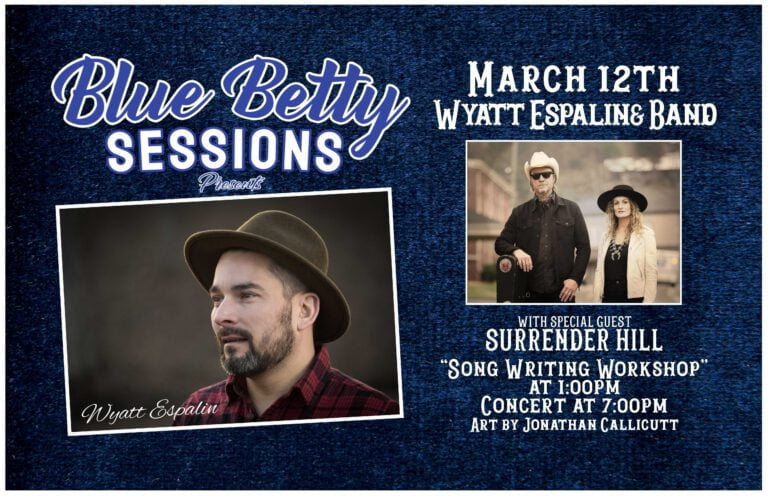 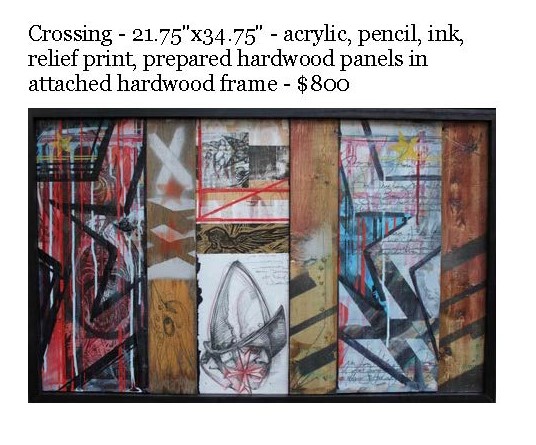 Two seasoned songwriters/performers will share the stage at the playhouse at 7pm. One of our very favorites Surrender Hill will open the show followed by the headliner, award winning fiddler Wyatt Espalin and his band performing Wyatt's original music. Wyatt will also conduct a songwriting/harmony workshop at 1 PM; there is no additional charge for the workshop if a ticket has been purchased for the evening performance.

North Georgia-based Songwriter/Singer/Fiddler Wyatt Espalin offers an exciting look into his songwriting techniques and explores his healthy obsession with metaphors and abstract narratives. A one-of-a-kind workshop experience from this award-winning songwriter sharing his unique way of telling a story. Have you got a great story or a wonderful idea for a song? Bring it! Workshop attendees will discuss and learn popular song structures and basic arranging tools that may help in completing a song you've been singing in your head. Wyatt will break down some of his work with the hope of helping other songwriters and performers create something new.

Wyatt Espalin’s songs evoke a yearning from the old tunes of Appalachia. Fiddle, dobro and banjo decorate the landscape with a refreshing emo-bluegrass sound on his newest collection of songs, “Diamondback”. Wyatt’s dynamic, melancholy voice and his unique lyrics take the listener along for a hike on those trails leading through the mountains that surround the rustic campground where he was raised in North Georgia. Performing for audiences since he was 8 years old as a championship precision-style clogger, this entertaining songwriter/singer/fiddler is constantly on the road joyfully singing his mournful songs and sharing his hilarious stories. He boasts 6 independent releases in the last 10 years and is currently recording “Trees Leave”, a full-length album arriving in 2022.

For years, Robin Dean Salmon and Afton Seekins made their living on the road.

As the songwriters behind Surrender Hill, they played more than 200 shows annually, sharpening their blend of soul, country, and rock & roll one gig at a time. They weren't just an Americana duo; they were full-time world travelers, too, funneling their experiences into the story-driven songs and autobiographical anthems that filled albums like A Whole Lot of Freedom.

Things changed in 2020, when a global pandemic brought Surrender Hill's touring schedule to a sudden halt. From their home in northern Georgia, Robin and Afton watched as the country around them struggled to regain its footing. They began writing songs that responded to the modern moment — songs about division, struggle, survival, and redemption, anchored by melodic hooks and diverse arrangements. Some songs nodded to the band's longtime appreciation for mellow, melancholic Americana music. Others skewed closer to honky-tonk and western swing, influenced by larger-than-life Texans like Bob Wills and Willie Nelson.

The result is Just Another Honky Tonk in a Quiet Western Town, an ambitious double-album project that shows the full reach of Surrender Hill's abilities.

Before meeting Robin at a gig in Sedona, Arizona, Afton Seekins grew up splitting her time between an Alaskan fishing village and an Arizona frontier town. A talented dancer, she moved to New York City during her 20s and found success as a choreographer, although her songwriting career ultimately brought her back home to Arizona. Salmon, too, spent time in New York, where he signed a major-label deal with Sony Music as the frontman of the rock band See No Evil. A decade later, he found himself unable to shake the rootsy sounds of his childhood on the ranch, where cattle workers would strum country songs after a long day's work. Inspired, he relaunched a career as an alt-country songwriter, eventually forming a duo — and, later, a family — with Seekins.

"We've both been making music for a long time," he says. "There have been times where each of us has struggled with self-doubt, but together, Afton and I have found our own oneness. There was her and there was me, but now, there's Surrender Hill. We've found our stride as people and as a band, and that really shines through on this record. We're exploring two genres over two different albums, but together, it's one project."

That feeling of togetherness extended to the project's recording sessions. Across the country, bands like Surrender Hill found themselves stuck at home, their touring schedules canceled due to the pandemic. Robin and Afton reached out to many of their housebound friends, asking musicians like pedal steel player Mike Daley and guitar legend Mike Waldron to contribute to the record from their own homes. Despite being created during a quarantined year, Just Another Honky Tonk in a Quiet Western Town brought its cast of songwriters and sidemen together, emphasizing collaboration and camaraderie along the way.

Don't let the band's name fool you. Surrender Hill is still fighting the good fight, responding to the challenges of contemporary life with music that's ambitious, hook-filled, topical, and artistically diverse. Just Another Honky Tonk in a Quiet Western Town is an album that creates its own geography, setting up camp at the crossroads of Americana, outlaw country, and western music.